We're really happy to welcome ever more trivia gamers to Quizcover and to see in our statistics that the average number of questions played per user per day is in the 40-50 range! That is definitely more than we expected and speaks to the game's addictiveness.

So far we haven't advertised the game very aggressively (just limited experiments) because we're working on a playable ad (preview) as well as a couple of improvements to the app itself:

First article on Quizcover: an interview with Pocketgamer

One of the world's leading mobile games websites has interviewed us about our vision for trivia games: 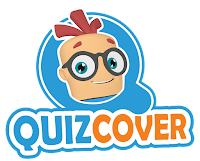 Knowledge is more playable than ever: on top of the traditional "Pick One" question type, Quizcover comes with the new, more interactive and more flexible "Pick Some" and "Match Two" types, and integrates this level of diversity into a rich framework of contests and challenges.

January 3, 2018 – Available for iOS on the U.S. App Store now, Quizcover innovates the most fundamental aspects of trivia gaming:
Trivia games have always been popular, but other products lacked the level of diversity Quizcover provides. Besides the traditional trivia question type (one answer is right, three are wrong), Quizcover offers two question types that are more engaging, put related facts into context, and earn players points even with partially correct answers: 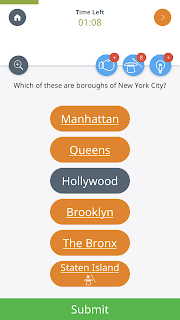 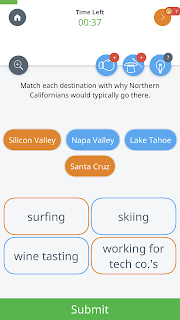 Quizista, the indie games company that spent more than three years to change trivia gaming forever, integrated Quizcover's three question types into a rich framework of contests and challenges:
True to its slogan ("Fun time well spent."), Quizcover also has something to offer to those players who are keenly interested in acquiring knowledge along the way or whose curiosity is sparked by a name or term that comes up in the game: info texts that appear after questions, and bookmarkable links (typically several links per question).

"Quizcover is a whole new experience for those of us who like to play with facts and knowledge but dislike the monotony of old-fashioned trivia games," said Florian Mueller, Quizista's founder and CEO. "From the outset we wanted to redefine the genre and revolutionize our microcosm the way the iPhone did in its infinitely larger field ten years ago." Mueller is named in the credits of three of the most successful computer game franchises in history: Warcraft, Starcraft, and Diablo. He is also known to many in the iOS community by virtue of his FOSS Patents blog, which covers intellectual property, antitrust and policy matters involving Apple and other mobile device makers.

At this stage, Quizcover's content is primarily tailored to a U.S. audience and people around the globe with a strong interest in everything American. Over time, users in different regions of the world will see different selections of content.

Quizcover is a free-to-play app. Premium offerings are optionally available: real-world money can be converted into in-game coins and then be spent on boosters, retries, or skips. Avid gamers can also take a VIP subscription (one free booster per question) and/or Second Chance subscription (one free retry per question). The game also provides free boosters to users as part of its tutorial, for reaching higher levels, and as a reward for inviting friends or visiting the game's Facebook, Instagram and Twitter pages.

Quizista invented the customer-friendly Booster Back mechanism (see www.boosterback.com), which ensures that Quizcover users get an immediate booster refund if they fail to score on a question despite having used boosters. They can then use those boosters on other questions. Quizista would like to encourage other game makers to adopt the same approach.

For a comparison between Quizcover and the two trivia game apps that led the U.S. App Store charts in earlier years, please check out the following document (PDF):
https://www.quizcover.com/private_docs/TriviaQuizAppsFeatureComparison_v1.pdf

For further information, please contact Quizista: https://www.quizcover.com/imprint
Posted by Unknown at 7:41 AM 26 comments: